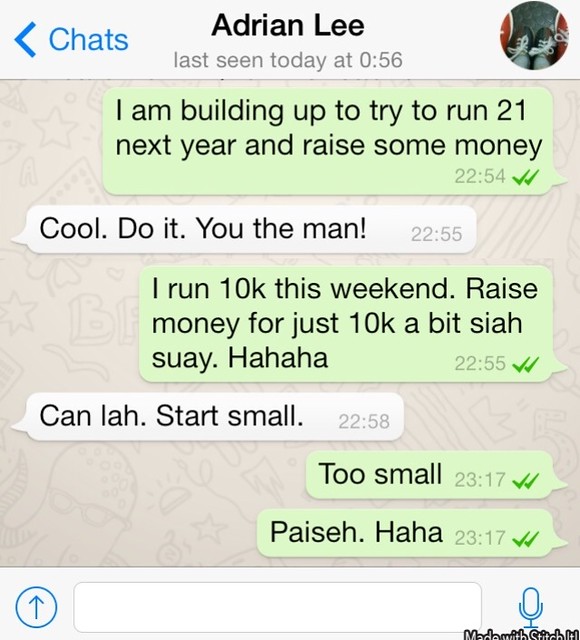 It's been two months since the Sundown Marathon where I completed the 10K with fellow Barflies. It was great fun and my decent timing improvement over last year was the cherry on top.

I enjoyed the run. Not so much about the timing but rather the fact that a few good friends are running together and who can say no to supper thereafter?

That brings me to looking forward to next year. Assuming my work dates don't clash with the event, I am torn between running 10K again or going up the next rung to 21K.

The 2014 Sundown saw the 10K event had an earlier start than the 21K Half and 42K Full Marathon, where the latter starts after the 10K has finished.

If I were to take up the 21K challenge, it would very much mean flying (or in this case running) solo. It won't be as fun as starting off together and going for supper there after.

And if I were to take up the 10K again, it would mean missing out on the chance to challenge myself further and this opportunity diminishes with every year I grow older.