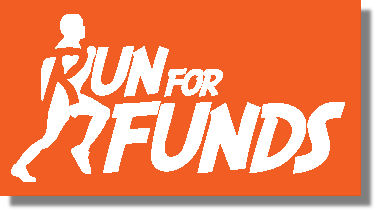 Happy new year everybody as I start off this year's first entry.

This entry is overdue as a result of Adrian needing to settle some personal family matter.

In any case, thank you once again to the RFF supporters who have contributed generously.

Trust all of you had a blessed Christmas and a great New Year break.

2015 was a fruitful and eventful year for  the Run For Funds movement (RFF).

We are very proud of the achievements of our P6s.

They worked hard and reaped the rewards of their efforts.

May God continue to watch over them and bless them with good health and wisdom as their embark on their new adventure in their secondary schools.

Thank you so much for your generous contributions.

I'm thankful that my contact, Nepali school principal Bharat, was faithful and resilient in his service to his people.

I'm now waiting for Bharat to activate us for the next phase of the rebuilding efforts.


3. Superfriend Jaywalk Runs For Funds!.
Jaywalk, has been a strong supporter of RFF since its inception.

He's RFF's defacto comms/IT manager because I'm an IT dumb-dumb.

Early in 2015, Jaywalk wanted to raise funds for RFF and a determined year-long effort to train for his StanChart half marathon in Dec 2015.

I'm so proud of my kaki for finishing his run and grateful to him and his supporters for raising $5,799 for RFF.

This contribution will be put to good use.

I expect to contribute $21,000 to GMSP this year to continue the MYP for the next 3 years.

The remainder of funds will be set aside for prudent, accountable use to aid those in need.

Again, thank for your continued support for Run For Funds.

God bless you and your loved ones with love, peace and joy for 2016.

Nice blog and Patanjali yogpeeth Nepal is providing help for those victims which are need help and other living things.
For more information click here: - natural disasters nepal