We have entered a time where everybody is into wine culture as a sign of improved lifestyle sophistication. Problem is, while some are really into wine, others are sadly there to gek jeet eh lan jiao seh. Then again who am I to judge or comment?

Sure, I can name the various grapes and wines regions but if you ask if I can tell if there is a hint of chalk lime, as a result of the geo-composites of the soil from which the grape grew during that particular year in that particular region? I tell you that I would be better off answering you more accurately and with more confidence that I could taste the see hum and lup cheong in the char kway teow.

That aside, today's entry is not about wine. It is about my real passion.

If anyone had been observant enough, my tag line above is a dead giveaway.

Blended scotch doesn't cut it for me. No Johnny Walkers, nor Chivas, nor Logans, nor Teachers, nor Black&Whites, nor Vat69s, nor Suntorys, nor Dewar's, nor Famouse Grouses (just to name a few!), etc will ever satisfy my taste buds. After you have tried the good stuff, it is very hard to go back down. Sure, I will still drink them at clubs & pubs to chase the buzz but it is only as good as what meaningless sex gets you. If you are looking for something beyond that, I'm sorry but you have come (no pun intended) to the wrong whisky.

Even amongst the Single Malts, I am very picky. From Glenlivet to Highland Park to Speyburn to Macallan to Glenfiddich, none come close to that of the Glenmorangie.**

For the past 47 years, it has been the best selling Scotland Single Malt and yet it is one of the smallest distillery in the country. If you ask me, I think these guys must be doing something right. And these guys numbered at 16 for they are known as the Sixteen Men of Tain. The entire production of Glenmorangie falls into the hands of these 16 men. God bless them.

As I have mentioned to RUOK, drink Glenmorangie 18 years (Duty-Free HKD 460) and above. As much as I love Glenmorangie, I am afraid that the cheaper 10, 12 and 15 year olds are not drinkable. ANYWAY, I was at the HK Airport when I spotted this little treasure. The Glenmorangie Single Cask - Rare Limited Edition (Duty Free HKD 1150) and there are only 635 of these babies in the world. Each bottle is individually numbered and bottled at cask strength which explains the 56.7% alcohol level.***

Taste-wise? Spicy yet extremely smooth. I would rate it slightly above the Glenmorangie 25 year old (Duty Free HKD 1350). This Glenmorangie Single Cask - Rare Limited Edition was produced in 1990, that makes it 17 years old as at today and given that it tasted better (IMHO) than the 25 year old brother, I would say this one gives a better value for money (VFM).

However, better VFM does not instantly translate into being cheaper for the 25-year old version is a 1-Litre bottle while this Single Cask version is 0.75-Litre. If measuring litre for litre, then a 1-Litre version on the basis of linear extrapolation, would price it at HKD 1533.33

We did a horizontal taste test pitting this against 2 power houses: The Glenfiddich Caoran Reserve and the Glenfiddich Special Reserve. The Glenmorangie Single Cask - Rare Limited Edition blew both of the challengers away by a mile! As good as the 2 Glenfiddiches tout to be, they were no way near.

** Click here for the Wiki of Glenmorangie.
*** Most Whiskies are commonly distilled at 40% alcohol.

2. JayWalk left...
slurp!: Try Macallan. It is fairly easy to drink. However, I would advise you to try all at least once. That way you will be able to make comparison and draw your own conclusion as to what you like best.

3. KingMeng left...
Yoz! I know you know already, but remember to change the link on your blog to http://kingmeng.liquidblade.com/
Thanks! :D

4. JayWalk left...
KingMeng: Thanks for reminding me. I forgot about updating you on my blogroll. Update liao. :)

5. Pam left...
My father-in-law's a big big fan of Glenmorangie too...! I've never tasted it - but he always gets one very expensive bottle for christmas. the easiest pressie to buy that time of year! (expensive, but easy).

7. JayWalk left...
Pam: Speaking of popular whisky in your part of the world, ask your FIL about Caol Ila. Apparently, it also very popular in the UK. I tried it and it was NASTY!! Still, it is a just a case of unilateral perception on my part. For all you know, it is supposed to be really good but just that I am not knowledgeable enough to appreciate it. I thought it smelled like hospital's surgical alcohol. You know, the smell that hits you, the moment the hospital's glass door opens as you step in?

Ruok: Eh. Not asking you to drink this everyday lah. Once in a long long time is affordable lah. See how lah. I come back Dec time, see whether to have stock or not. I have quite a number of friends (from the night of the horizontal tasting session) planning to fly up to HK to buy it.

8. Pam left...
well, alot of this stuff smells real bad to me!! :) have you guys tasted Magnus/Magners? It's an Irish cider (made from apples). They drink it with ice (like a soft drink) and it's getting v popular, not just in the summer too. Tastes like apple juice - wonder if it's popular in sg?

9. JayWalk left...
Pam: No. I have not heard of Magnus/Magners. The closest is probably Magnum which is a) an ice cream, b) a pistol, c) a TV Show with Tom Selleck in it or d) Champagne in 1.5L size but no. No apple cider.
[[br[[ Speaking of apple cider, there is this computer game that I played when I was a kid. Apple Cider Spider where you help the spider travel against the conveyor belt production flow of an apple cider factory to "get to the other side" but I digress. 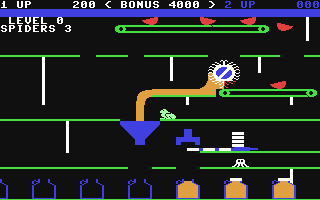 Anyway, I believe your so called Magners are classified under alcopops (alcohol soda pops) and has been under fire of late as a ploy to entice the young to drink.
Posted by JayWalk at 09:50