More Shit From The Hole

Let's face it. It is a FARKING STOOPID idea that is doomed to failure. Not say I wet blanket but this type of thing no need intermolecular agribiologist to tell you that confirm sure buang one.

So many groups like Tomorrow.sg, Ping.sg, SimiSaiAlso.sg tried it and see where they are now? Theirs is free one also at best is a pimple on the kar chng. This one need to collect money some more. You slowly wait ok?

I won't be surprised they can't get more than 9 paying members.

Wait, the committee got 10 people right?

But then, my TuaNehNeh friend is in the committee and I no want to tell her what she should do, what she should not do lah. Big girl liao (not referring to the nehnehs this time), ownself can think lah. Even if you outsider can see clearly go this path confirm chop stamp will long piak one. You lan lan have to let her go long piak. This is call respecting other people decision. Understand?

At most I can do is be there when she long piak then I orh-lan-orh-lah-sayang her then teh her nehnehs while she not looking.

It is ironic when she ownself said "Who died and make these people the Overlords of the Blogospere I wonder?"

A bit self-pwnzed, if you asked me.

p.s. I dunno who is handling the PR of the AoB. Please resign to avoid further embarrassment. You have done a job so champion, it is BEYOND imagination. This has got to be some kind of a record. I wonder if Guinesss accept world record of worstest PR job ever?

Spotted this entry on my Bloglines and it's written by Naiveguy. There is a bit of dark history of the CowBoyBar about:

From Naiveguy's entry, I followed the link to James Seng's entry bitching about the credibility of certain people on the Association Of Bloggers (Singapore) committee.

I read with amusement how ECL allegedly kpkb about the ping.sg awards. 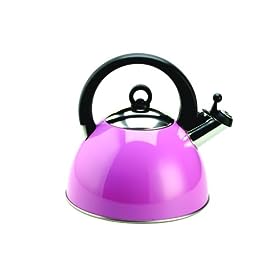 Alamak, this is a kachiam puteh kuching kurak IN-HOUSE "competition". Need to be so serious meh?

There is one thing I read already a bit buay song.

James disagree to some people leading some stupid blogger association coz the fella's character CMI.

Your own house sweep and mop clean first then complain other people house dirty can?

1. Rachel left...
Well, like I said, there is no intention to 'control' the blogosphere or to tell people what to do, so how so was I attempting to be an 'Overlord'?
Anyway, I already said on my blog that I will make an announcement after CNY which was supposed to be on Wed. Before I could do that, you jumped the gun with this.

3. JayWalk left...
Rachel: Let me just say everything including my responses to your MSN (sorry, I sleep liao, last night).

First of all. I have nothing against you. I just think the AoB is a stupid idea and that you are joining it. Still, while I am labeling it as stupid and "bashing" it, you don't see me stopping you right?

Also, this entry was meant to be a commentary on what has being published out there. It is not an investigative piece and as such I don't see a need to do a fact finding. In short, I read, I feel, I write.

I did not write this to bait traffic. I don't need the "extra" traffic, not like I have a revenue stream I need to take care of. And I've checked my stats. Nope. No spike in traffic so far. So you can't say I am using it to bait traffic. Besides, I would have used something better if I wanna bait traffic. This is lousy bait if you ask me.

To quote a chinese proverb. 良药苦口，忠言逆耳. You may hate me now but I hope it will be different as time goes by.

And my final parting note. I am not sorry I "jumped the gun" to your Wednesday announcement. Unfortunate coincidence but I control the timing of my OWN entry. You ownself say you not Overlord right?

5. Rachel left...
There is nothing to hate. To me, I am addressing the issue of ABS and there is nothing personal there to hate about. However it's the using of my own words to denote aother meaning - that I have an issue with.
I think it is an open secret that I respect all my friends' opinions and feedback on abs. Numerous have blogged about it - I am cool.
As for the timing of your entry, I mentioned it so that things will be clear later upon my post.
Peace too.

6. JayWalk left...
Rachel: In short, this will blow over and everybody will forget AoB even exist.

8. JayWalk left...
ruok: I think the post was taken offline temporarily. Should be back shortly, I guess.

9. Mistress Grace left...
What did I miss...I go away for a few days and so happening.. Why everything happening only happens when I am away huh???
Posted by JayWalk at 17:18