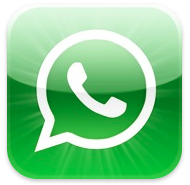 It was merely a couple of years ago or so when everyone was raving about Whatsapp. It came at a time where people were messaging more than they are talking on their mobile phones.

It was a time (and still is) when SMS, especially when roaming overseas, are exorbitant. Let's not even get into MMS which can be a bitch to set up.

Then came these messenger software that transmit, using minimal traffic, via mobile data at a fraction of the costs that the telcos are charging for their messaging services. Free, if you managed to get complimentary WIFI from various public places like McDonald's, Starbucks, airports, just to name a few.

Granted there are already instant messengers in the market long before like MSN, QQ and Gtalk, somehow the fact that you need to register a user account just bums everybody out. Unlike the instant messengers, mobile messengers like Whatsapp just need your mobile phone number and that's it. It will run through your phonebook and then create a list directory of your friends who are also on Whatsapp effortlessly.

As fabulous as Whatsapp is, I am somewhat disappointed with them of late. Messages do not get delivered instantaneously. I often get messages that were sent as far back as 20 minutes ago (took an entire night on one instance as well). In this day and age of modern technology, this is simply unacceptable.

It was so bad that I actually had to follow their twitter account just so that I can receive notification when their servers are down. Again.

Anyway, I have decided that Whatsapp will no longer be my primary messenger.

It is a QQland-developed (the same people that came up with QQ) software and it is very fast.

I am particular impressed with the speed images and audio get sent through their network.

I only hope they have Whatsapp's "double tick" indicator which I like very much. First tick indicates that your message has gone out of your phone to their servers. Second tick indicates that the message has been delivered to the recipient's phone from their servers. While it does not mean that the recipient has read your message, I feel that notification of delivery is good enough for me. Messages, while required to be instant, are never urgent. Nothing beat picking up and dialing the phone as far as stuff that requires immediate attention is concerned.

Friend of mine said that their video chat feature is much better than Apple's own Facetime. While I agree that Facetime is not good enough for me, I can't say very much about WeChat's video chat feature until I have tried it myself.

Whatsapp supports Symbian, IOS, Android, Windows Mobile AND Blackberry while WeChat supports the same platforms BUT Blackberry, which in my opinion is not a big deal. Blackberry is going to die out very soon anyway.

My only concern right now is that WeChat is relatively unheard of outside of QQland but this is about to change very soon. Right now, they are aggressively marketing in Ta1wan and my friends in Singapore are starting to pick this software up. As far as my phone book is concerned, anyone on it that uses a smartphone, which is very prevalent now, uses WeChat.

Once more of my overseas and Singapore friends and family have WeChat, I won't need to suffer anymore Whatsapp grief.