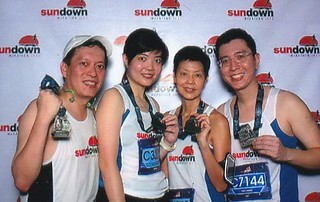 Yup, this year is still the Fantastic Four of us doing the BarRun. Word has it that Airpork no longer run and we are in the midst of recruiting new people for next year's.

This run this year was much better, the change the running route and we were running clockwise this year instead.

Result? No bottlenecks! Good. For some strange reason, we found ourselves near the front of the starting pack and that turned out to be a blessing as well. No start-off traffic jam too.

Perhaps the only disappointment is the missing infographic analyst of your run that usually comes with the official release of your results. They had it last year and I believe the year before too. It was loads of fun to read. 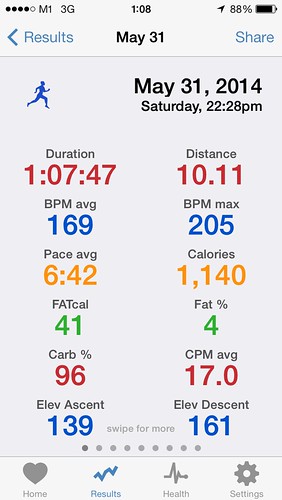 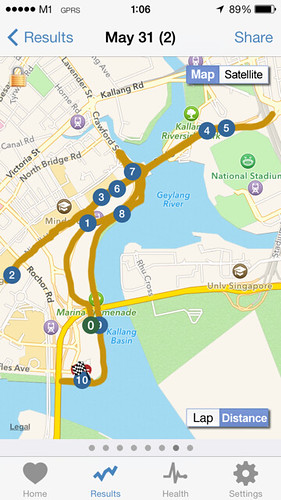 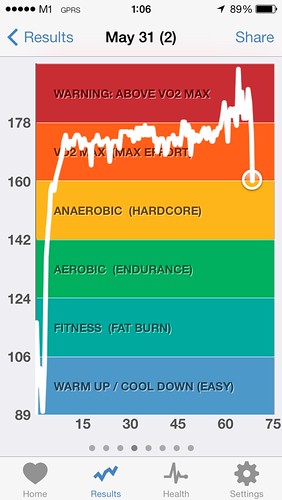 I have always liked Sundown Marathon's tank top as the material is really comfortable. This year's look better than last although I fear the back decals may start to peel after a few washes. 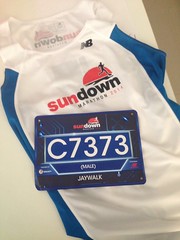 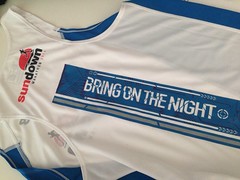 Special mention goes out to my Wahoo BlueHR Bluetooth 4.0 Heart Rate Monitor which again, worked flawlessly. Guess what? It is still on its first battery since I bought it in Apr 2013 and it's not like I haven't been using it regularly. I have over 50 runs amounting to over 40 hours of running and it's still going on strong.