The Truth About CPR. 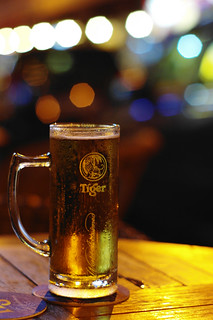 It has been a secret till this day that I think back of that fateful afternoon when Steven was rushed back to the office not breathing and not beating.

I was shrouded, ever since, with a cloud of self-doubt playing back that scene repeatedly and asked myself if there was anything I didn't do right?

Why was I not able to save him?

OH how I would have savoured the sweetest Tiger beer he would buy me when he recovers! All the plans to make him my bitch thereafter twarted!

For the uninitiated, I was referring to that one day back in the late 90s.

That old article (above) from Wall Street Journal was a good read by the way but it was that one sentence that resonated a chord within me.

So many of us had gone through the CPR course but how many of us has actually put it to use in real life? So all along, we thought this would the the life saver as long as it is within 7 minutes of the casualty's last breath.

Nobody mentioned the grim stats of success rate then.

I felt a relief when I read that and told myself that it is time to let it go and stop kicking myself over it.

RIP Steven. We missed ya.

p.s. Just because the stats of success if less than optimistic, it doesn't mean giving up altogether. I would still encourage everyone to learn CPR. A 0.000001% success rate may still mean saving the life of that someone out there.

I generally check this kind of article and I found your article which is related to my interest. Genuinely it is good and instructive information, Corporate First Aid and CPR Training Thankful to you for sharing an article like this.