A couple of weeks ago, I mooted the idea to the family to go check out the memoriam exhibition of the late Mr Lee Kuan Yew only to be met with less-than-lukewarm response.

So on the first morning of the Labour Day long weekend, I head out, on my own, to the National Museum Of Singapore, after a morning run and a shower. 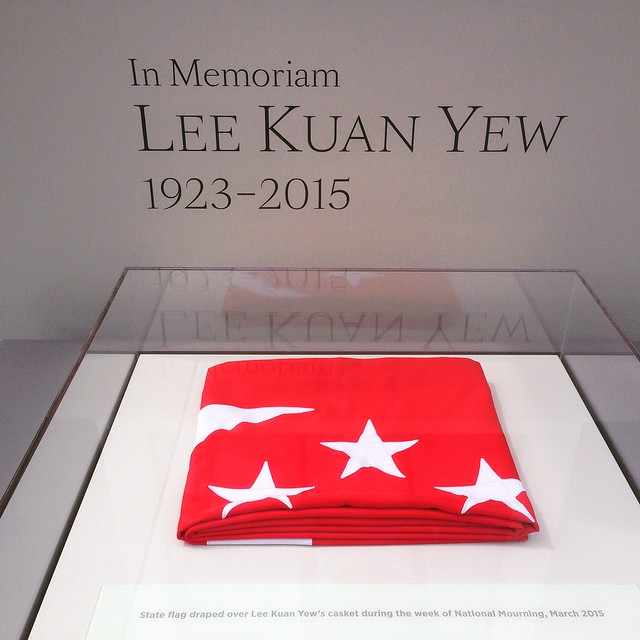 It was a tiny exhibition and over in a matter minutes, still well worth the trip anyway as we bid our second farewell to a great statesman. 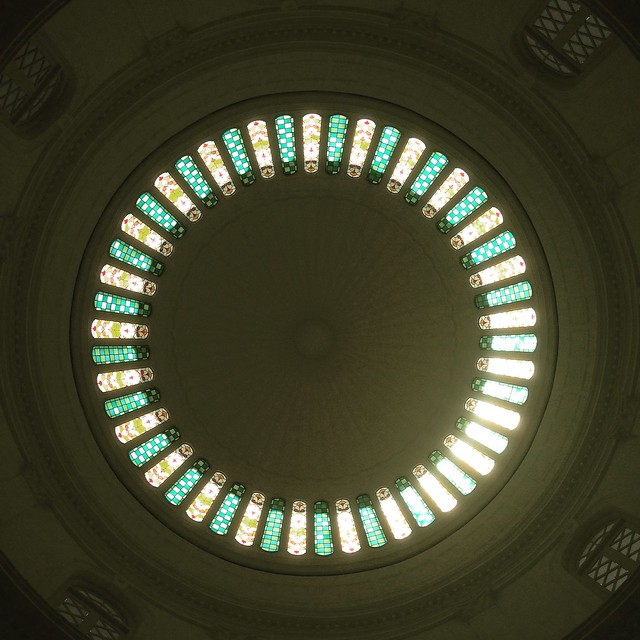 I stood at the cross created by the edges of the four marble slabs in the foyer of the National Museum, which I believed is smack middle.

Then I looked up with the camera and it appears that the spot perfectly aligns with the center of the dome. 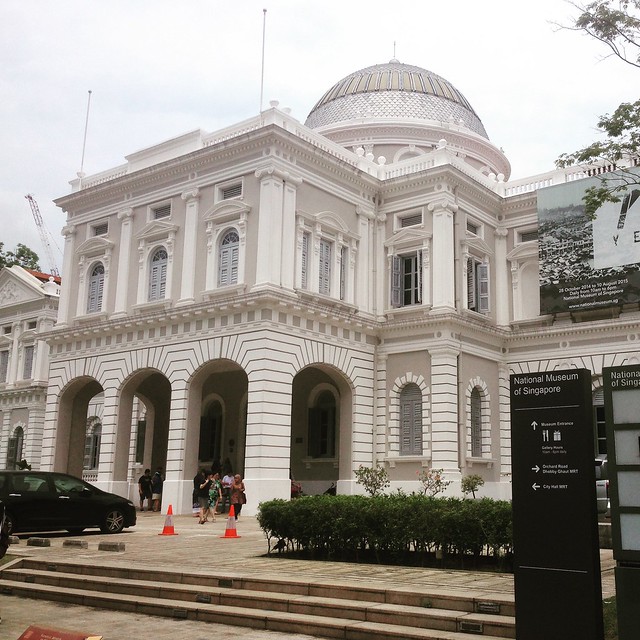 I love the National Museum. I love the stories she tells of our land. Venagdasalam had his two-shooted coconut tree, I have my National Museum where I head to seek solace and quiet reflection.