Yang Chun - She-wolf In Heat Under A Full Moon, Having Stubbed Her Toe Against The Coffee Table 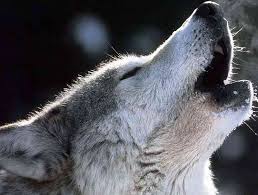 It was dreaded news that we had to go visit/inspect our satellite factory in Yang Chun, about 5 hours away. Having been one who is an old bird in long car trips, I must say that this time, I was darn proud of myself to be armed to the teeth with my personal "In-Flight Entertainment Pack", consisting of magazines (though I forgot to bring along Derek's FHM. DOH!), books (Adrian Mole and The Weapons Of Mass Destruction - Sue Townsend and A Short History Of Nearly Everything - Bill Bryson) and 40GB of stuff in my laptop.

Reading was first on my agenda, given the fact that I have about 2 hours of daylight left. Somewhere in the midst of Adrian Mole, my mobile phone chimed, annoucing a new sms. It was from the local met station warning of a severe weather alert.

"Hong Kan!" I muttered. I was wearing only a short-sleeved Polo T and a wind breaker.

Further on, we had to pull over at the rest stop for a pee break. As I opened the car door, a gust of cold air came smacked into my face at 9 degrees celsius. The temperature dropped 10 degrees in a matter of 2 hours. Brrr..... Under normal circumstances, 9 degrees in short sleeves would still be bearable for me but it was the wind chill that forced me to an early defeat.

So I got out of the car to get around to the boot to get extra clothing when my chauffeur said that I "body very good, not scared of cold".

"Abuden?" I replied although he didn't understand what that meant as I changed my mind about opening the boot.

Bor pian liao. People say I "body very good" liao. So must maintain Stay-Dee-Bom-Pee-Pee even if it means chattering my teeth to bits. Anyway, I prayed that I don't fall sick the next day or I would have died, not of pneumonia, but of embarrasment.

Just to show how gusty it was, my pee took a slanted parabolic trajectory to the right into the next guy's path (and we were indoors!). The bloke was quite cool about it for after all, his went into the path of the person on his right as well.

I learnt from this car trip that:


Anyway, we got to our destination and about 9pm and it was right about time as my laptop battery was down to the last drop of juice.

I checked into the hotel and was assigned the corner room on the 9th. After fumbling with the smart-chip keycard in pitch-darkness (The corridor lamp had blown its bulb. Scary right?) for a while, I finally managed to get the door opened. My gawd.... it was a big ass of a room. So cheap some more... *glee* It's got a 27-inch TV against the wall, which is fine if not for the fact that the bed on the opposite wall is 6m away (Yup, the room is THAT big). Suddenly the TV from where I was, sitting on the bed, look machiam like a PSP/Archos/iRiver portable video screen. Haiz..... Die die must have something to spoil the party.

Nevermind, I told myself thinking that there's nothing worth watching anyway. So I took out my laptop and was looking for the power supply that I realised that I left it back in the office. Hong Kan!

Hor seh liao lor. Magazine finished liao. Book left in the car. Nothing on TV. Laptop no battery. Haiz..... I lamented to myself as I turned off the blaring TV (6m away leh... volume must ON loud loud, or else cannot hear). Oh well, let's blog this on a pen and paper. Back to old skool, when we used to call them diaries.

WOOOOOOooooooooo..... as the TV clicked off. Ah.... it's the gusty wind that I was talking about earlier, howling in the room like a she-wolf in heat under a full moon, having stubbed her toe against the coffee table.

Being in the bor-liao state that I was, I decided to check out the windows to locate the source of the howling. Ah.. there it was, slightly ajar. I closed it but the howling didn't stop. Strange, perhaps the hook didn't latch onto the socket properly as I tried again. Still no good. Hmm, maybe the alignment of the hook and socket is off, let's see..... hmm... Ahh.. I see the problem, there is no socket at the other end. Note to self: Find out who this idiot contractor is and blacklist him from my projects.

"What the?" As I scrambled for my watch thinking that I must have overslept and the guys are at the door trying to wake me up.

"4:28 am" said my watch. Nah Beh.... who the fuck can that be at this time of the night? Hookers (先生, 要不要小姐?)? Cannot be lah.... early morning special meh? My guys? Nah.... they will be fired the next morning if they dared to get lim peh to kee lai pang jio. Tooth Fairy? Santa Claus? Shoe Maker's Elves????

I wasn't willing to get up to the door to check it out. 6m away leh!! Amongst the knocks and the beeps, I concluded that it's probably some stoopid arsehole staggering at the wrong door, sticking his thing ... er.. keycard in the wrong hole.

Some folks listens to CDs of soft celtic music, ocean waves, crickets chirping, rain pitter patter to get to sleep. I, on the other hand, find the incessant knocking and beeping soothing, knowing that some stoopid arsehole is out on the corridor suffering. Muahahahaha!!

The rest of the trip was uneventful with the usual get up, scratch balls, rub eyes, wash up, breakfast, check out, board meetings, site visits and 5-hours car trip back.

"He" and I sort of grew up together from his first book to his Cappuccino Years, prior to this present one.
Posted by JayWalk at 13:29