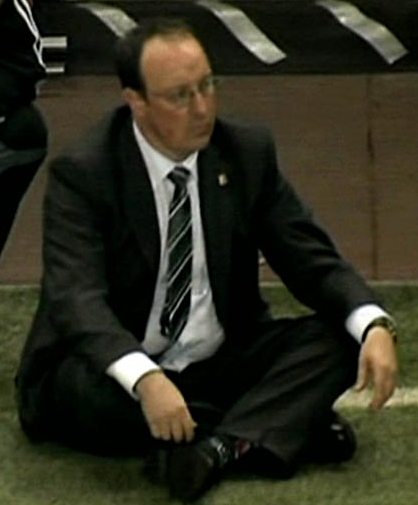 A football player over the age of 35 was due for retirement from the top flight as the player returned home from playing in overseas leagues for more than a decade.

Wanting to extend his career further, the player accepted the appointment of a Player-Manager in the lower echelons of the domestic league.

It was like a breath of fresh air as the Player relished the idea of hanging up his boot, albeit not fully retiring yet, and continue to be involved with his first love.

The now Player-Manager came in with lots of fanfare and the spirits within the club was uplifted by leaps and bounds.

The Player-Manager was a very hands-on person who would not hesitate to put himself in the Starting Lineup whenever injuries and suspensions got a bit too heavy. Alas, it was a club in the lower league and the team did not have the squad depth of the big boys.

The club was doing well as the Player-Manager started to string victories consistently and started to climb out of the relegation zone.

It was at around mid-table, mid-season that the Player-Manager figured that they needed to bring in more players in order to keep the momentum of advancing to the Promotion Playoffs at the very least.

The Player-Manager went up to the board to ask for a bigger transfer kitty in anticipation of the coming transfer window in January. Alas, it was shot down citing lack of funds.

As the injuries and fatigue started to take its toll on the club, the club started to drop points home and away resulting in a slide towards the relegation zone. Transfer requests from the players also started to stream in, added to the immense pressure that the Player-Manager was already facing.

Then came the shocker when out of the blue, the Board of Directors decided to call for a press conference. It was the announcement of two new signings to reinforce the squad. The irony was that the Player-Manager was totally kept in the dark of the two new transfers. His position was totally undermined and made to look bad.

Did the Player-Manager not already spotted the need to bring in fresh legs in the first place? Then now the Board of Directors are all high-five-ing and patting themselves on the back for a savvy maneuver in the transfer market with trumpets blaring and all???

The Player-Manager decided enough is enough and walked.

The club continued its spiral into the relegation abyss.