No SignBoard. No Service. 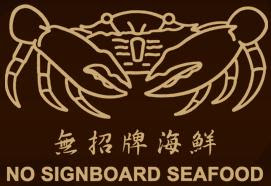 An unfortunate incident happened recently to a dear friend where the restaurant misplaced her credit card.

Mishaps like this happens all the time and usually, it is at most a 5-minute grumble and thereafter, it's water under the bridge.
Service failures are inevitable and happens from time to time. While service providers will take every possible measure to counter this, everyone knows that elimination is impossible. Minimising is as best as one can go.

What's more important is actually that of service recovery that would decide if the service provider is good or crap.

Read below for the letter of complain to get a better idea of what happened, then decide if this is an establishment you would like to continue to patronise.

My husband and I were the first customers at your Vivocity branch on Saturday. It was empty when we entered, and we subsequently ordered some dimsum.
When we called for the bill, we were the first customers to ask for the bill, which I paid for with my Citibank Dividend card. As my water glass was empty for sometime already because no one filled it up, when the bill returned for my signature, I asked the server to top the water glass up. Subsequently, when I took my receipt from the bill folder, there was no credit card within.
The server firstly said "Impossible, I put it inside." When I pointed out that it was not, she started glancing over on the table and at my wallet. I explained that the other Citibank card was the Citibank Tangs card. My husband searched my bag. It was not around my table. She then went back to the counter looking for it.
She repeated "It's not possible" a few times in chinese, and she was just looking around, not actively searching. I was the one who got on my knees under my table to search for the card. For 10 minutes, besides standing around my table and looking and glancing around the counter, she did no active searching, except between the newspapers that I was reading. I explained that I did not take the credit card, to which I can only describe as disbelief on her face.
She offered no apologies. There was no further assistance from any other staff, and no expedition to any senior staff or management. After 10 minutes, she asked me for my number and name so she could contact us if someone found it.
I asked to see the manager, which she replied was not in yet. I asked to see the most senior staff around, to which she went grudgingly. When the senior staff came, I explained everything to her (because obviously the other staff did not) and pointed out no apology was offered, she only meekly whispered "sorry" with no sincerity. After taking down my details, I left the restaurant. At that moment, I had already cancelled my card, since I have no assurance from your staff that it could be found. 2 minutes after I left, the senior staff ran after us, explaining that she found the card tucked somewhere else. It was already too late, the damage was done.
Now I am granted the inconvenience of having to wait for my credit card to be replaced from the bank. Imagine if I was a tourist, having to call my bank to block the card and request a replacement?! I was lucky that no travel was required from me this week for work, because then I would imagine the amount of inconvenience that would follow!
All I wanted was a nice simple brunch at your outlet. Instead, I was offered the feeling that our credit cards were not a priority to your establishment. I repeatedly told the staff that my financial security could be compromised since they lost the card, what if someone took it and used it?! They only returned blank faces back to me. No apologies was given, until I finally lost my temper after  10 minutes. No proper assistance and no expedition was given.
This must be a big joke. Your establishment obviously does not care for proper customer service nor sequence. I will not even dream of dining at No Signboard now, since my credit card was treated with such little respect and priority. Shouldn't your staff know by now that it is important and even a basic thing to not lose the customer's credit card, much less imply that the customer herself lost it?!
You have no idea how angry I am. The amount of insincerity and indifference suffered at your restaurant will keep me and my friends away from your restaurant for a long time. Be assured that I will spread the word of this incident to the community. I will not be able to have that 15 minutes of my life back, when I was treated with such incompetence of service (that's the only phrase that suits this scenario).
I am also from F&B and the service line. I know it's easy for the credit card to drop out of the bill folder. That is why you pay more attention to it. It's not rocket science, but a simple and easy step to do. and that does not exonerate your staff of being more cautious, because it's money! I really wonder what your establishment is doing to prevent that. From what I see, nothing.
Your staff have my number. Yet your manager has not called to apologise. This really shows me how much your establishment cares about its customers.
I can bring my money elsewhere to dine. Just because I'm not a VIP, doesn't mean that the basic customer shouldn't be treated with the same and equal amount of respect.
Image Credit: http://coolmolecule.blogspot.com/


1. zeenie left... I dun like their food anyways as their chilli crab tastes like curry crab.....
2. JayWalk left... Zeenie: Well, I don't go there often enough to recall how their fare tastes like but I can only say taste is subjective as it involves a person's own preference.
3. Faith left... I went to the same branch in April. Like the writer, the restaurant was quite empty when we were there. It was only my husband and me. When we told the wait staff what we wanted to eat, she suggested another crab. In all, 2 crabs of different styles for just husband and me along with a plate of noodles and two more dishes. I asked wouldn't it be too much. She claimed that the crabs were tiny. The size of her fist. We agreed and trusted her. Food came and lo and behold, each crab was the regular size of a mudcrab! Service were bad. Plates were not changed. I almost had to throw shells on the floor. The bill came and we complained to the manager and it was a dismayed sorry. That's it. I was mad enough to tell the manager if they wanted to make more more out of me, be creative and think of a better way. We took home a whole untouched crab.
They lost my business and won't be returning again. Service is crap. Staff not bothering to change plates or pour tea for us. Wonder why should we even pay service charge.
4. JayWalk left...
Faith: Thanks for sharing your story. I was never a fan of No Signboard and as such, unable to comment much.
Posted by JayWalk at 21:55