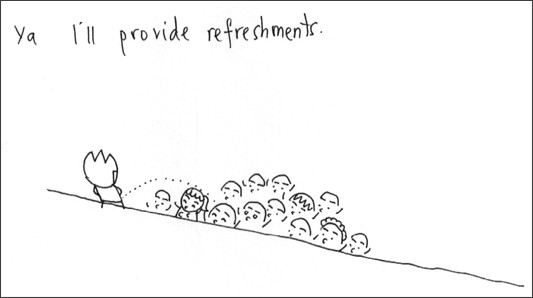 naeboo was the one who introduced iamboey.com to me a while ago and I thought I shared it with everybody here.

I like his picture journal. His stuff resonated with me and this particular entry got me so worked up, that I actually emailed him to give him my megatron facepalm as a sigh sign of support.

I love comics since I was a kid. Not the Marvel or DC kind but the really good and funny stuff like 老夫子, Doraemon, Tin Tin, Asterix, just to name a few. And so I am particular fond of comic blogs, especially those that you can identify with.


The two blogs above kinda struck a chord in the sense that I am a Singaporean (don't really know what that really means these days) and I work in South Ch1na since 2000 and now in the Capital a month since.

Now there is  iamboey.com where I used to travel to SoCal 6 times a year until 2008, crashing/transiting at relative's place in El Monte, Walnut, Santa Clara and Sunnyvale depending on the cheapest air ticket's route.

There is a lot of stuff that he wrote that I can identify with, hence a loyal following since.

So anyway, I thought I give him a plug and recommend it to the rest of you guys.

p.s. Eh Boey, it's NTU lah.... you pixelated the name of the university also no use. We bladdy know it's bladdy NTU lah.... nabeh.


p.p.s. Come to think of it, I really regretted going to NTU for my degree. I had the option to go to USC lor! No!!! I wanted to save money for the family by attending a local college. Nabeh.... really regret lor..... haiz....

p.p.p.s Imagining graduating from USC and perhaps working in the US for a while and picking up the American accent. Then I won't have so much trouble using iPhone's Siri lor. %^#%#$@!!!

lololol i bth him la.