I ate cat ears for lunch today and they were delicious!

I saw this sign the day before and I jaw dropped. I know the Ch1nese are famous for all kinds of weird stuff but I thought cat ears would be up there near the top of the list. 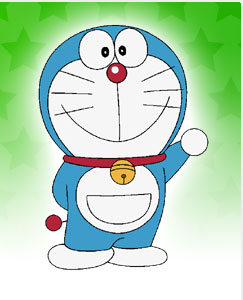 And so in case anyone wonders why Doraemon doesn't have ears, it's because I ate them!

Obviously, curiosity killed the cat (sorry. can't resist) and I asked the TowkayNeo if it were really ears of the cat.

TowkayNeo rolled her eyes at me and I swore I saw her mouthing "stupid foreigner" under her breath.

Apparently, cat ears is a type of noodle originating from ShanXi (山西) . I did a bit of research on the web and noticed that the Italians have a similar pasta called orecchiette which translates to "little ears".

So anyway, I ordered the cat ears and it was done stir-fry with onions, bell peppers, tomatoes and egg.

Perhaps, one of the few noodle dishes where it is eaten with a spoon instead of chopsticks I'd be thinking "cat ears, cat ears" with each spoonful I shove in my mouth. -_-"