Do You Hear The People Sing?

In my earlier entry, I feared that PAP would win the election due to the inclusion of SDA and RP in the polls, where the latter two are likely to split the WP's votes.

I was glad to be proven wrong.

A hearty congratulations to the Worker's Party for capturing another constituency and adding another seat in Parliament.

A hearty congratulations to Ms Lee Li Lian for winning the election the second time round after a valiant first attempt two years ago.

A hearty congratulations to the people of Punggol-East SMC for making themselves heard and sending a reminder to the gahmen, on behalf of the rest of Singapore, that the people are not to be taken for granted.

I am glad that the folks at Punggol-East SMC were smart enough to understand that a vote for either RP or SDA is a vote taken away from WP needed to win the PAP. As such, none of the votes went to SDA and RP, sans the 500-odd sympathy votes. 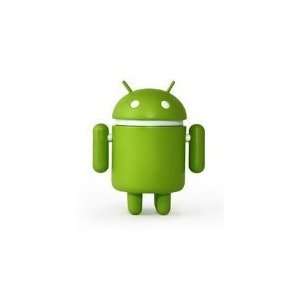 I am glad Kenneth Jeyaratnam lost his deposit but I did feel a bit sorry for Desmond "The Android Robot" Lim for losing his.

One thing we all learn from this by-election is that you need to be physically present during your campaigning and in this case, I was referring to the rallies. A rally on youtube isn't going to be able to replace the actual hustings. 150,000 views converts to a mere 168 votes. Now we know.

What is next to see?


WP
Yes. It is yet another victory for WP but it doesn't mean that the opposition is ready to take over political leadership of this nation. That is still a long way to go.

Come 2016, on top of consolidating their own consituencies, perhaps making another move on neighbouring constituencies like Seng Kang West SMC, Pasir Ris-Punggol GRC?

Question is, does WP have enough credible non-idiot candidates to stand?


PAP
Dr Koh Poh Koon vowed to stay on and serve the residents of Punggol-East SMC even if he is not elected.


RP
Let's see if Kenneth Jeyaratnam will continue to show his face around Punggol-East now that the election is over and he is $14,500 poorer.

No more broken promises? We shall see.


SDA
I feel sorry for this little fella but I think if he has another $14,500 stashed somewhere, we will see him again come 2016.

However, instead of rocking the boat that WP is now at the helm, how about working in cooperation with WP and tackle Sengkang West SMC instead?

It is, after all, just next door.

Do you hear the people sing?
Singing a song of angry men?
It is the music of a people
Who will not be slaves again!
When the beating of your heart
Echoes the beating of the drums
There is a life about to start
When tomorrow comes!

- Les Miserables - Do You Hear The People Sing?

1st he is desmond lim not desmond wee. but i think who cares? lol

2nd wp has absorb new potential candidates and among them, daniel goh shines, will be the next star. in fact he is already a little star for this campaign. sibei hot.

4th, desmond lim say going back to potong pasir, he will repeat his same history again.

Welcome to the blog!

1. Yeah. Desmond Lim not Wee. That was a brain fart on my part (hey it rhymes!). Duly amended. Thanks for spotting it.

2. I can't say I have heard of Daniel Goh. Will keep a lookout for this chap hereon.

3. According to "Advisory To Candidates of By-Election For Punggol East Constituency 2013" (Link: http://www.eld.gov.sg/pdf/Candidate%20Advisory%20for%20Punggol%20East%20BE.pdf#zoom=100), the by-election deposit is SGD 14,500. The amount is also reflected in my Channel NewAsia link article.

4. Potong Pasir. If Chiam See Tong gives up the idea of contesting Bishan-Toa Payoh GRC and falls back to concentrate on Potong Pasir together with his wife. SPP may just be able to retake the ward back. PAP is second in line for the ward as reflected by their strong poll in the last election. If you trace back the poll numbers for the past 15 years. PAP has consistently more than 40% of Potong Pasir's votes. In short. Desmond Lim doesn't have a chance in Potong Pasir, even if SPP decides not to contest the ward.

Now. All that will go up in smoke if the Gahmen decides to redraw the election boundaries and absorb Potong Pasir SMC into Bishan-Toa Payoh GRC. Shifting goal posts again? Perhaps. Perhaps. Perhaps.

Not that I'm a KJ fan, but he did say "election deposit is a small price to pay for democracy!!"

Beerkaki: Well, I guess it is all relative. If he can afford it, I suppose it is his choice.

Have been your fans and cowboy since dunno how long liao, 1st time put comment.

daniel goh is a new star that shines during the rally.

desmond lim is almost a gone case to me.

KJ said that WP win because of him attacking the ruling party. he needs to get out of his denial.

and latest news from media, WP win because of bookies. people want to win money so vote WP. 154th is uber disgusting.

Ben C: Thanks for the link on Daniel Goh. Where is the link of him making a speech? Would like to take a look if available.

No idea but I think I am not too far off.

Desmond Lim could do some good but I think the platform that he is standing on is way too weak. Kenneth Jeyaratnam is the same.

KJ's credibility is even worse off than before after that nonsense spouting during the elections.

And yeah, I saw the KPK's waving to ghosts. That was very funny.

i was quite impressed, especially when i was only hearing it and not watching, due to cooking. I stop my cooking and look at his video immediately.

in fact i was looking forward for the 2 new lawyers but somehow to me, Daniel outshine them too much, way too much.

Ben C: OK. Saw the youtube. Not bad. At least this one speaks better than Lee Li Lian. Now if only he could speak without frequently looking down and reading his script, it would have been a killer performance.

We need someone of Tony Blair's flair (hey it rhymes again!).