Being Preoccupied - Not Just The Guys? 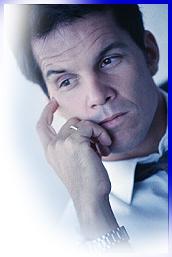 Research has shown that men would think about sex once every 6 seconds consciously and sub-consciously. That kinda gives us the impression that the mind of the male gender is genetically hard-coded to be pre-occupied with it. In a way, it puts us males in a "not-so-good" light but as I have often said, "习惯了".

I was chatting with a friend, JD, when we stumbled onto a simlar topic but on the opposite bank of the gender spectrum. Below is the extract of our conversation....


I was quite surprised to learn that we (the males) are "not alone" in this. Then again, this could just be the sole representation of JD herself rather than the whole of womanhood.

Perhaps we are same in the sense that we all are preoccupied with it, while at the same time different due to our angles of approach?

This is an open-ended entry inviting your two-cents' worth to bring more light this age-old issue. Your comments, please.

Crunchy Green Apple: I am thinking more along your line but I wanted to see how other people see this. So far response hasn't been good. Perhaps it was the weekend or perhaps it is just too cheem?
So as it stands, the score is
AYE 1 - 1 NAY
6. Laughingcow left... One woman's opinion should never be taken as a sweeping generalisation of the group. :) I don't discuss sex (well, not in the way SPG does; obviously I'm discussing it here, heh) not for fear of public opinion, but because sex, to me, is more beautiful as a secret shared by two lovers. :)
7. a crunchy green apple left... Perhaps it's a little of both, or that it's a "sensitive" issue. Sometimes, it's just laziness on the reader's part. ;) Maybe you can elaborate on this rather cheam post of yours to trick-i mean invite- your lady readers to open up more.
8. JayWalk left...
Laughingcow: Nicely put. Aye 1 - 2 Nay.
CrunchyGreenApple: Trick? hahaha..... Nah. I shall leave this as it is. Don't wanna turn this into a Cosmo blog, do we?
Posted by JayWalk at 13:02