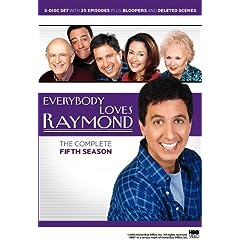 My apologies to all future Raymonds for I have very bad experiences with Raymonds.

Raymond I
Raymond crossed my path at Sec 4. It was a time we were embroiled in a love triangle. It was a story between a SCGS Girl, a RI boy and an ACS boy. Already school rivals in everything, there we were rivals in love.

Initially, he had the upper hand in the race for her heart but a fight to the final wire saw me triumphed at the end. Ironically, it was his badmouthing of me that pushed her away to me. She didn't like what she saw in his character. His insecurity took away too many brownie points resulting in his own rejection. Karma, I'd say.

Raymond II
So I've got the girl at the end of the day. After Sec 4, she went to NJC while I remained faithful to my alma matta and went on to ACJC. She then has a classmate and you guessed it, Raymond. Because of the fact that we were in different JCs, we only meet up on Wednesdays (short day of the week) and weekends. Raymond and her hanged out in school quite a lot, being classmates and all. What I later found out from her best friend that Raymond was trying to wedge himself between us. Raymond was interested in her right on the first day of JC. Too bad for him, we were together even before that.

She and I have had our quarrels and squabbles from time to time and for some reason, Raymond was always the person she would turn to for comfort and a listening ear.
We broke up at the end of JC 2 but they never did get together after that either.

Raymond III
I was in the army serving my National Service when I received a page on my beeper. It was her. Granted we may have broken up, we nevertheless still maintained contact. Well, it was quite a while since we last talked and during that update, I found out that there was a new man in her life. Sigh.... Raymond.

Apparently, Raymond was due to be posted to my camp and was asking me to take "special care" of him. It just so happened that great powers is bestowed upon those who has achieved Super Old Bird status in the camp. Me.

Raymond, another RI boy. Lives near my place and drove a Mazda Miata. Through my network within the camp, I discovered the Raymond was a medic and was due to arrive at the medical centre later that week. Honouring my promise to my ex, I made special arrangements to ensure his posting in was a smooth one. We met on his first day. We shook hands. We never saw each other again.

Raymond IV
It wasn't until towards the end of my freshman year in NTU before my heart opened again for another relationship. Serious one, that is. She was from accountancy and I knew I had a rival vying for her heart too. What I didn't realised until much later was that this bugger was none other than Raymond II. Small world! We fought over a girl back in JC and now as if history has turned a full cycle, we were fighting over another girl again. However, as history would have repeated itself, I got the girl. Jay 2, Raymond 0.

Weirdly, it was like watching a movie re-run over and over again. Being classmates, they hanged out quite often. Her best friend alerted me of Raymond trying to make a move on her. Raymond again offered the shoulder to cry on whenever there was a squabble.

Again, he never got her after we broke up.

1. hitomi left...
I think hor, the first girl just likes the name Raymond. Either that or this name too common liao.

2. JayWalk left...
Hitomi: Dunno leh. Machiam like my time a lot of people are named Raymond. Just like there are a lot of Michaels in the 80s as a result of George Michael's popularity.

Lest not forget Maverick, after the movie Top Gun hit the silver screens.

3. sunflower left...
How come suddenly blog-ged about your love affairs??
BTW, I got to know a few Raymond, but all of the are nice nice one. And how I got to know my hubby is thru Raymond as well. I fall for my hubby despite I know this Raymond like me...:D

4. akk left...
in the first place, those gals you've got? i wonder why they were still hanging out with these guys knowing that they are obviously trying to get a foot in the door.

5. JayWalk left...
Sunflower: It just so happened that all the Raymonds got entangled with past relationships. Eh, we talking about Raymond here hor. Focus!!

Akk: Perhaps due to the fact that I am not around and these guys are the next best alternative? Hmm.... I never did think of it from your angle. Oh well.

6. sunflower left...
You sure you only wan to blog about Raymond and not other else!

7. xcake left...
What's with the curse of the Raymonds? ahahhaha.
It even sounds like you are in a play called The Importance of Being Raymond, but in this case, all the Raymonds lost :P

xcake: I think it's karma. Must have pissed off quite a number of Raymonds in my past life to have to endure so many kachowing me during this life. Haiz...
Posted by JayWalk at 14:53