For those who are new to the J-Files Case Series, please read this first.


Background
Agent-AKK was part of the KuKuehKlan who was originally a neutral organisation, until the recent Secret Agent Meeting (SAM) when she decided to align herself with the agents from Cowboy Bastion Avant de Résistance (Cowboy BAR). However, due to the vast age gap difference in philosophy, the union never came to fruition, which leaves G.I.L.A. the perfect opportunity to swoop in and poach her. Agent-J has been working on her for the past few months already under the guise of Agent-COZ (Chronicles of Z) and we are pleased to announce her pledge of allegiance to G.I.L.A. after SAM II.

However, as per Agent-66 case, the formality of this report still have to proceed, even though it is a done deal as far as recruiting her is concerned..

Strength
Agent-AKK is an expert in the field of inter-molecular biology which would greatly benefit us in our R&D of biological weapons and counter-weapons.

On the chemistry front, she has in-depth knowledge on the usage of two very effective poisons recently identified as Vanadium Oxide Di-Ketonic Acid (VODKA) and Lithium Iodide Mono-Ethanol (LIME). More about this in the "Others" section.

Weakness
With every agent, come his/her own personal traits or signature mode of operation. Her favourite weapons of choice are the CJD (Choujidan) and SMF (Sheltered Middle Finger). 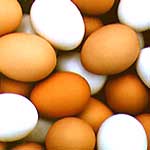 CJD can hardly be classified as a weapon for it has no power of devastation. It is however, a useful tool for escape, possibly containing Nitrous Oxide (Laughing Gas), temporary distracting the laughing enemy while she makes her exit.

We also question the effectiveness of SMF for while it can cause temporary blindness, it is non-lethal and can only be applied to one eye at a time. Highly inefficient in our opinion.

Our analysis recommends that Agent-AKK should retire her CJD and perhaps introduce her to alternatives like Flying Umbrellas Can Kill U (Acronym not available at time of report).

Prospect
We have Lady Luck to thank for such a prized catch and will assign Agent-AKK under the care of Agent-COA (Chronicles of A). Obviously not a natural choice for field work, Agent-AKK is more suited in our backroom, playing a support role. With the two agents forming a partnership, we expect great achievements from them and we shall expect them to make recruit more agents of similar calibre in the very near future.


1. Agent 66 left...
Steady!!
She's in the background so soon. I want to learn more things from my senior leh. Haiz.
Did I join the organisation too slow?? hahah

5. JayWalk left...
Nadnut: You are sorely mistaken, my worthy adversary. Agent-AKK was planted in your side as a double-agent.
Hur hur hur.....

6. JayWalk left...
Agent-AKK: I see that your allegiance is wavering. We shall call on Agent-COA to continue his Psycho-Engineering of Agents Re-education (PEAR) efforts.
BTW, have you passed the box of gum to Agent-Nadnut already?

8. akk left...
oh! the gum! oh yah, passed over to agent nad, but she found out about the bug among the wrappers and I almost couldn't restrain her with CJD. U're right, she's becoming immune and says, 'eh? taste like red-bull meh? muahaha...wan to sian me!'. In any case, she hopes you have downed the chocs she gave you, cos there's a small chip tucked inside that narrows in on your er...er...*censored*. I think hor, termination of J-nuts is seriously underway even as I speak. sorry siah, I'm triple double double duplex agent lah, i don't even know who i belong to anymore...haiz...

Akk: Oh crap. The C4 must have been a bad batch. Nonetheless, the chocs were fine. I noticed the chip ahead and have since removed it prior to consumption. So no harm done. Phew!

12. JayWalk left...
ahdokboy: Glad that you liked it. Was afraid of alienating a lot of folks out there who didn't quite get all of these nonsense