We have been on Agent-Nadnut's case for quite some time already and she remained as elusive as ever. Looks like it may take more than China Redbull to entice her into joining up with us. While in most cases, we adopt a clear-cut Friend-or-Foe policy i.e. if not for us, then against us, strictly no in-between grey areas. However, given the many invaluable attributes that Agent-Nadnut possesses, we have no choice but to bend our own policy in order to accomodate this prized target. Hence, since J-Files Case# 882.732, we have escalated her case to Elusively Valuable Undermining Reason and Logic (EVURL) level.

Her recent attempt to terminate Agent-J's nuts failed and we almost captured her with a ambush at POD. Agent-Nadnut is a sly one and we failed to tempt her with Booze, Sweets and Hoon Kee. She remained steadfastly defiant against our many attempts of temptation.

It was indeed unfortunate, that she made her escape from POD with the help of her sidekick, which we only came to know of recently. More will be covered on this new character in the "Others" section.

Strength
As mentioned in the earlier case, she has many weapons under her belt. However, we recently uncovered a new weapon during our ambush which partially aided her escape. The hypnotic effect implanted into her voice has caused the various G.I.L.A. agents weak in their respective English Knees, resulting in a severe handicap during pursuit.

We have reports from Agent-66 that on top of the weapon of Hypnotic Voice, she also an expert of in the martial art of clawing. Agent-66 has personally witnessed the demise of an enemy agent shredded to pieces via Agent-Nadnut formidable claws. 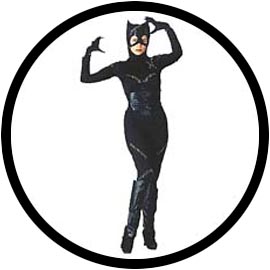 Weakness
Agent-Nadnut's ferocious appetite for all things bovine was an eye opener. We were fortunate none of our agents during the ambush, was born in the year of the cow ox or our casualty count would have been disastrous.

Agent-Nadnut's affinity for cow can also be looked upon as her weakness. Perhaps if our labs can produced Redbull Steak, we would have her in our kitty very soon. So far, the closest we have gotten is the Coca-Cola Chicken proudly developed by our own Agent-Meepok. I am sure, getting from there to Redbull Steak would only be a step further.

Others
The mystery sidekick that appeared during the night of the ambush as identified as Agent-Tiger. We have yet to establish a full dossier on this character but our field agents are currently working on it. Full report will be presented as soon as all the vital information have been consolidated.

Perhaps another way of getting to Agent-Nadnut would be via Agent-Tiger? Further investigative probe is required.

ProspectNone at the moment as we have yet to maintain a successful dialogue. However, we have planted Agent-AKK with a box of Malaysian C4 for Agent-Nadnut in our attempts to hook her. Then again, should Agent-AKK consumed all of it before reaching the hands of Agent-Nadnut, then all hopes are lost.

As a precaution, we need to step up on our research on this mystery Agent-Tiger post haste!

Agent-Nadnut has proved to be a tough nut to crack. Let's hope that all the efforts and resources committed thus far will not go to waste. Good luck Gentlemen!

1. agent nadnut left...
muahahahaa. i'm the only agent who didnt succumb to you! :P

3. JayWalk left...
Agent Nadnut: Acherly hor, it was done on purpose lah. If don't let the bad guy escape, then where got chance to do sequel?

Akk: Force the whole bag into you. Man, that sounded so wrong.....

6. Agent 66 left...
*shhhhhh, i am already getting Agent Nadnut to be cracked with my present this sun.. dun worry*
:P