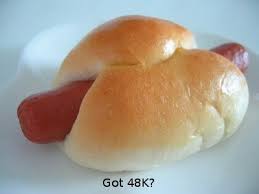 Well, it looks like the fiasco is coming to an end with Jean's blog starting to tone down on all the allegations.

There was an earlier blog entry where she was told that the Singapore police will not prosecute John even if he admitted to what happened that fateful night in Seoul.

Yet, she was adamant in her "tone of voice" in her entry which I thought isn't the wisest thing to do at this point.

Especially, when there was a lawsuit filed by John against her on the grounds of defamation.

The "offending entry" was subsequently removed (Screen Cap Removed Upon Request - Click Here) as an entry like this only serves to help John's case even better. Good move.

Speaking of John, I certainly hope that the suit will not go to the courts. Hopefully, it is just a scare tactic to force Jean into settlement, thereby getting his money back.

It has been a difficult climb from the pit of being tagged as a villain. But to kick Jean when she is down will certainly relegate John back to villain status. Not smart.

The way I see this whole episode pan out, would be that there will be an out-of-court settlement and John gets his money back. In return, the suit is dropped and the matter left to fade into oblivion. No public apology. No nothing. Just let it dissolve on its own.

People in general have a very short term memory and before you know it, this whole thing would cease to exist after two weeks.

Let this be a lesson learned for everybody. Always think twice before you do anything.

1. spiller left...
about time la. that Grimace image is starting to haunt me liao.

2. JayWalk left...
spiller: Were you touched inappropriately by Grimace when you were young? =P

4. naeboo left...
niamah. make so much noise over one backrub. kns.
she shld be bitchslapped to oblivion. pls do send me a msg if u need help in this area

naeboo: Anytime you wanna bitch slap, be my guest!

Karen: Then what you want?

7. AliceCheong left...
Hi JayWalk, I have dropped you a message. Please kindly take a look at it. Alice

11. JayWalk left...
THB: Indeed we are as the dust has settled already. There is no more interest to cover this unless one of the two decided to do something incredulously stupid again.
Posted by JayWalk at 13:12