The Return Of Rockson Takumi Tan? 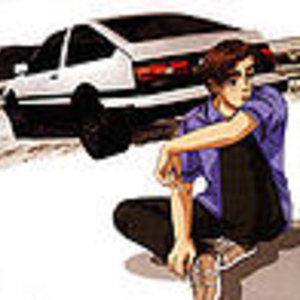 I wonder if anyone still remember Rockson Takumi Tan , possibly the funniest blogger in Singapore?

Unfortunately, since a year ago, he has stop penning his thoughts. Is it coincidence that his last entry was about our PM Lee's son email to the entire MINDEF brass?

Maybe, after that entry, he kena invited by ISA to go drink tea liao. That's why no more updates.

So fast forward to yesterday when CowboyCaleb received a mystery email (Email again! Coincidence?) with a story that was supposedly a parody spoof of Jean - the girl who kena "molested" while asleep.

Some folks were speculating if Rockson has made a return with that post (maybe he kena release from "sentosa chalet" liao).

So anyway, the reaction to the parody was mixed. Some say it was funny as hell; others said it was done in extremely poor taste, exploiting the plight of an unfortunate girl for the sake of a few cheap laughs.

In short, the idiot who penned that parody is a real "CB kia".*

* Quoted from [ Karen ]. Not the exact words but summarised from all the expletives into this one description.


So let me ask everyone here and I shall keep score.

Click here to read the mystery email, if you have not already done so.

3. Mistress Grace left...
Well whoever wrote it. Its quite funny lah...

6. JayWalk left...
mht: So yeah. It's probably not Rockson himself.

8. Linny. left...
Hurhurhurhurhur. It's funny. Poking fun at others, funner. Both at the same time, funnest. :D

Linny: Funner, Funnest? OK, I am so not going to send Faith to wherever you're studying. =P

11. cakie left...
scally people really kena molested lehhh. then see jean's story, and thus have the courage to speak up!

12. THB left...
Waiting for the revealation!

Cakie: Yeah. See Jean story then realise better to shut the fark up when one has done something stupid.

14. TTY left...
CB Kia CB Kia, Rockson ish a CB Kia, for not updating his blog!
And yesh, the post ish verly funny, the post from Jean ish even funnier.

15. karen left...
eh harlow,
I didn't say that la... Knn, I only said it was fucking funny and knn, it was really funny la! NNB, the parody made me laugh out loud in office la, CCB.
So, technically, I didn't say CB Kia..You don't any how put words into my mouth hor!
You ah, really CB Kia la!
But, I like that post. It was done in good fun and I think everyone is entitled to their own opinion but please don't ever enforce your way of thinking onto others.
So hor, Jay, I no say you CB Kia ok?? Heh....

Karen: I summarised for you liao lor... coz your exact words was "You damn cb lah, you!" So agar agar same same lor.

18. JayWalk left...
naeboo: Yah lah.. it's me lah... I throw smoke screen can? Anyway, let's see how many people finally figure out and trace it back to me.

20. JayWalk left...
Chocolate Gal: Only those within our cirlce. Lucky the folks at Hardwarezone or Sammyboy never caught on.

21. karen left...
They probably will, after reading your comment here!

22. JayWalk left...
Karen: Well, I am still contemplating if I should show myself on Friday's entry.

23. karen left...
Jay,
Regular readers will know it's you and people who read BUT do not comment will also know it's you.
It's only a matter of how much longer you can hide.
Heh....Lai la, mai hide la.....OPEN UP!!